Hello and welcome to Hedgehogs class!

Our topic this half term is ‘Through the keyhole” and we will be exploring through the keyholes of our local area, Cardea. This links to looking at how areas can change throughout time, starting with the book ‘The Window’ by Jeannie Baker. We will also find out what adventures the tiger gets up to when he finds himself in an unfamiliar area, entering Sophie and her mother’s house uninvited in “The Tiger Who Came To Tea” by Judith Kerr.

We are really enjoying our phonics lessons and we are looking forward to learning our new phase 5 sounds with the Phonics Fairy and practising our tricky words with Tricky Troll.

We also have other exciting activities planned such as a class tea party and a walk around Cardea. 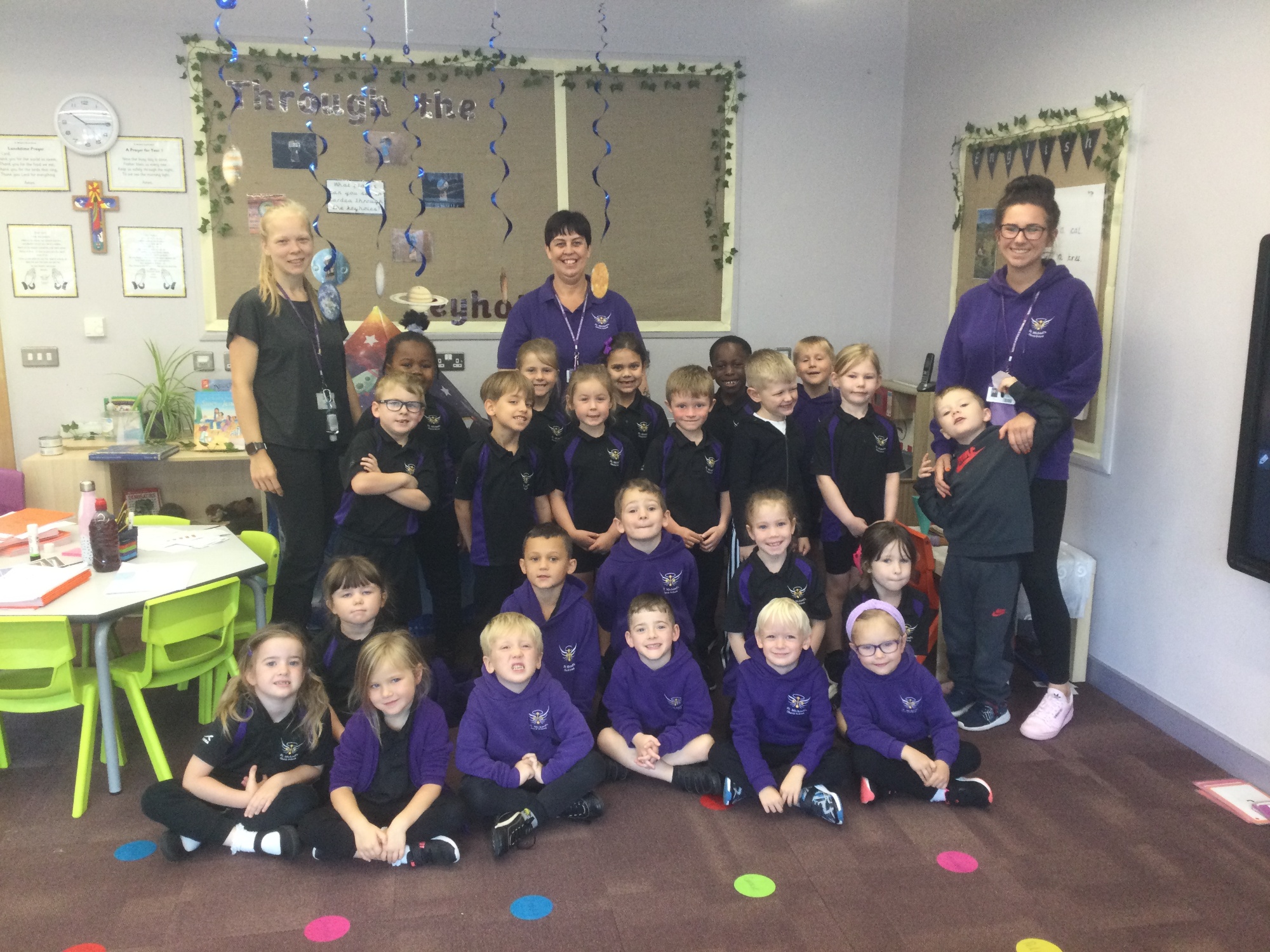 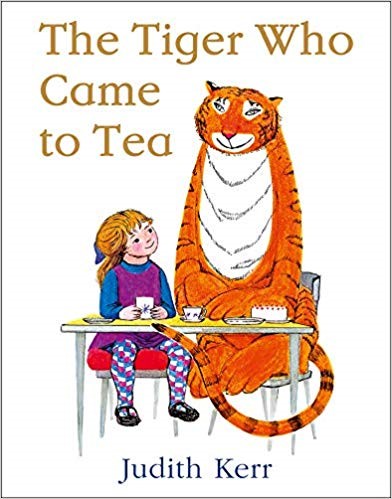 This classic story of Sophie and her extraordinary teatime guest has been loved by millions of children since it was first published more than fifty years ago.

The doorbell rings just as Sophie and her mummy are sitting down to tea. Who could it possibly be? What they certainly don't expect to see at the door is a big furry, stripy tiger! 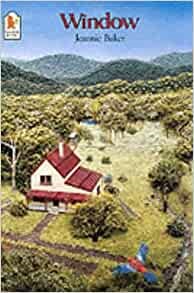 In this visually compelling look at our changing environment by Jeannie Baker, illustrator of the critically-acclaimed Mirror and Where the Forest Meets the Sea, a mother and baby look through a window at a view of wilderness and sky as far as the eye can see. With each page, the boy grows and the scene changes. At first, in a clear patch of forest, a single house appears. A few years pass and there is a village in the distance… When the boy is twenty, will he recognize the view from his window? Illustrated with elaborate and gorgeous collage constructions, Window is a wordless picture book that speaks volumes 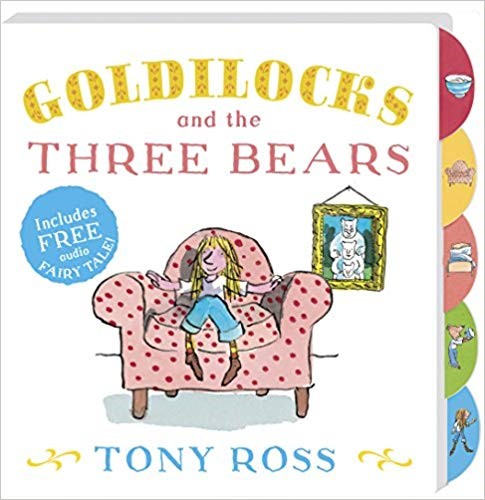 Goldilocks is walking through the woods one day when she smells some delicious porridge...
This sturdy board book contains an abridged version of the classic fairy tale and is great for sharing with the very youngest of children. Enjoy Tony Ross' bright illustrations as you follow the adventures of Goldilocks and find out what happens when the three bears come home from their walk! 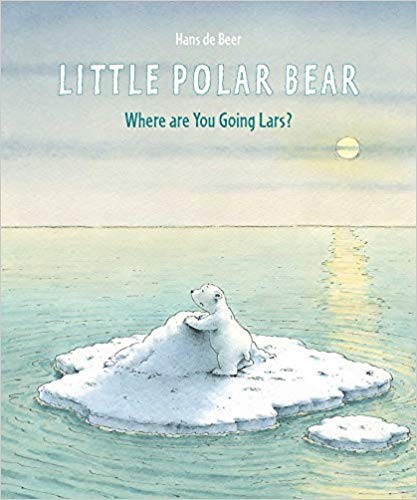 It's a big day for the little polar bear Lars! His father takes him hunting for the very first time, and that night he is so tired from all his lessons that he falls fast asleep. He sleeps so soundly that he doesn't hear the ice crack, doesn't feel himself slowly drift away from his father and the North Pole - he doesn't realize that his adventures have just begun. 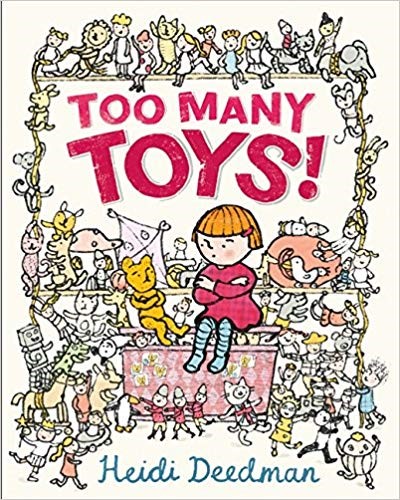 From the inaugural winner of the Sebastian Walker Prize, comes the warm, funny story of a little girl called Lulu who has too many toys! (Yes, there is such a thing.) Ever since Lulu was a little baby, she has had Jupiter - her lovely, cuddly, most-favourite-ever teddy bear. But with each new birthday ... she gets new toys. And with every passing Christmas ... more new toys. Very soon, Lulu's room becomes over-crowded with all kinds of mischievous toy soldiers and dolls, cowboys and doggies, monkeys and spaceships! She can barely fit in her own bed. What will Lulu do? Arresting colour and intricate comic detail abound in this picture book for modern times. 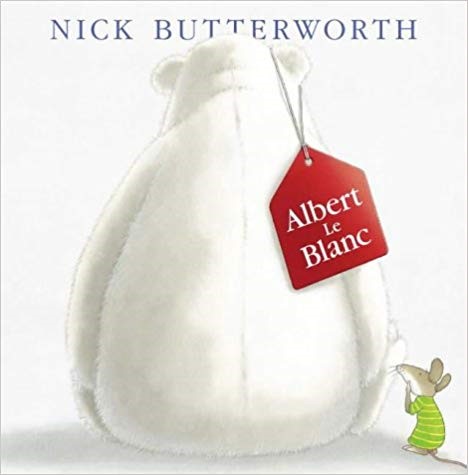 An uplifting story about a bear without a smile from the bestselling creator of Percy the Park Keeper.

When Albert le Blanc arrives in Mr Jolly’s toy shop, the other toys think he’s the saddest-looking bear they have ever seen. They decide to put on a show to cheer him up. Albert tries to tell them he’s not sad, he just looks sad, but they are all too busy making preparations… As a finale, Sally the hippo puts on a lipstick and performs ballet, but she falls on top of Albert and leaves a huge lipstick grin on his face. Everyone laughs…especially Albert!

In a faraway land lives a foolish knight, who longs to impress a golden-haired princess with his marvellous talents. When a terrible fire-breathing dragon arrives and threatens to destroy the kingdom, the knight begins to prepare for battle. But will he be ready in time? Unfortunately, this is The Knight Who Took All Day, and a hilarious cautionary tale about the dangers of showing off ensues. 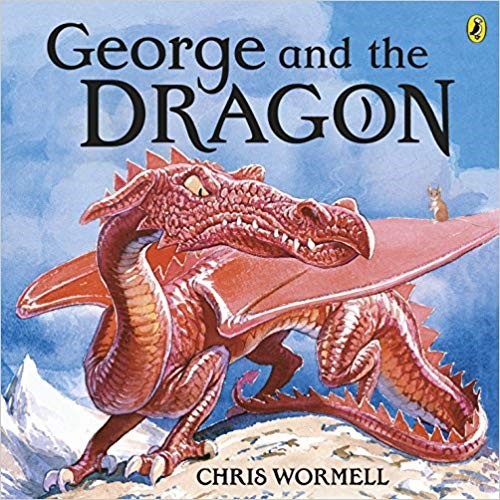 'Far, far away in the high, high mountains in a deep, deep valley in a dark, dark cave - there lived a mighty dragon.'

He was an awesome and frightening creature, terrorising whole armies, destroying castles, demolishing forests and kidnapping princesses. But this mighty dragon had a deep, dark secret. . . .

Uncover a charming tale of adventure, a dragon, and an unlikely hero. Told with gentle humour and mesmerising illustrations, this is a picture book to enchant and delight.

This stunning new edition is perfect for new readers, as well as fans of George, the Dragon and the Princess. This much-loved classic tale comes from the exceptional storyteller and illustrator, Chris Wormell. 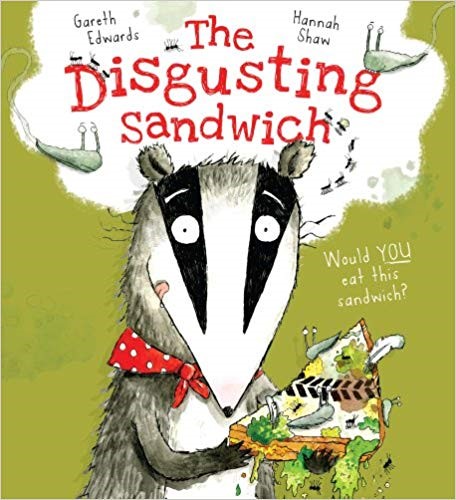 One day, a boy drops his sandwich in a sandpit, and the race is on! A very hungry badger wants it, but he's just not quick enough. The sandwich is dropped, squashed and slithered over by everyone from a squirrel, to a fox, to a band of slugs Will the badger ever get his paws on that sandwich? And will he even want it if he does, or will it just be too disgusting? 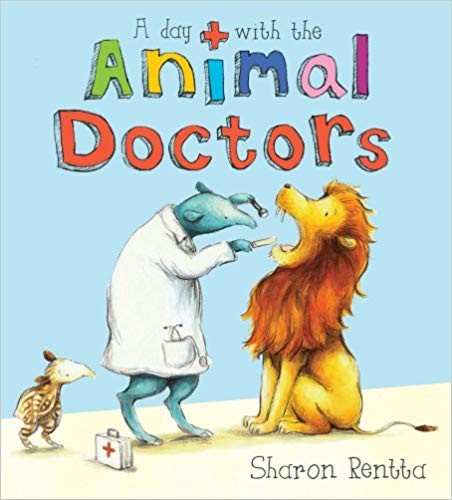 Terence the Tapir is going to be a doctor, just like his mummy! Off they go to the hospital... Terence knows that the most important thing is to cheer up the patients - and his dancing and bouncing and singing do just that!

A brilliantly funny twist on a favourite fairy tale. Naughty little Hansel and Gretel ransack Willow the good witch's gingerbread cottage and play havoc with her spells, driving the poor witch to her wit's end with magical mischief and mayhem. They gobble all her yummy food, smash her potion bottles and even conjure the cat to the size of a house! Can Willow ever put a stop to the chaos?

From the award-winning Bethan Woollvin, creator of the iconic Little Red and Rapunzel comes Hansel and Gretel, another fantastic twist on a fairy tale printed in vibrant pantone inks.

The Adventures of the Dish and the Spoon by Minnie Grey

Dinosaurs in the Supermarket by Timothy Knapman

How to wash a Woolly Mammoth by Michelle Robinson

You Choose! by Pippa Goodhart

The Dark by Lemony Snicket

I Want My Hat Back by Jon Klassen

The Tiger Who came to Tea by Judith Kerr

My Friend Bear by Jez Alborough

The Emperor of Absurdia by Chris Riddell

Charlie and Lola by Lauren Child

The Gruffalo’s Child by Julia Donaldson

The Trouble with Jack by Shirley Hughes

Frog and Toad are Friends  by Arnold Lobel

The Princess and the Pea by Minnie Grey